We went out for a walk today along Bowen Road which is famous in Hong Kong for its joggers and dog walkers because part of it is a leafy, flat custom made joggers/walking track. I have my iphone with me but there are not a lot of flowers here so it's a case of either getting a picture of a good view or a good one of people and their dogs. However I actually did find a pile of fallen dead flowers which I thought would make an interesting photo. When I got it home I realised that it looked pretty dire and my other pictures weren't up to much so I decided I would have to use it. So here is the final result followed by the original picture. 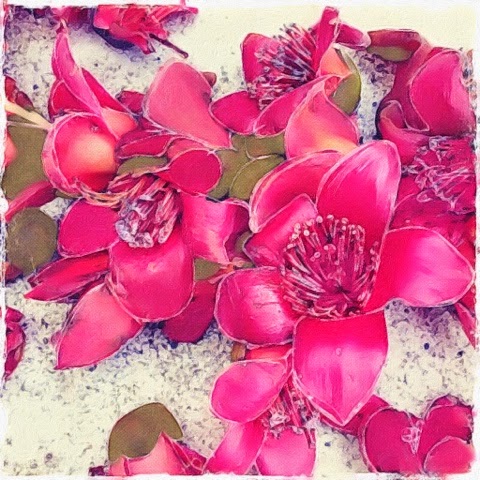 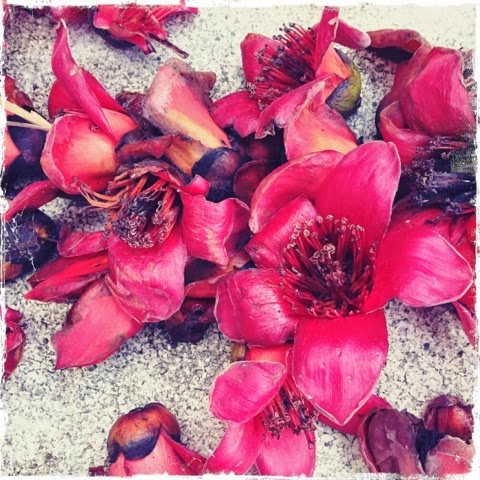 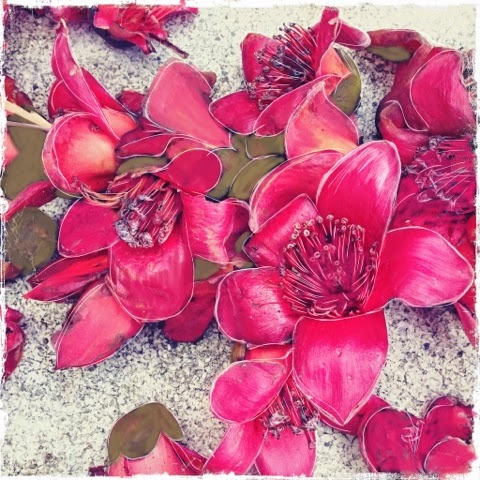 I saved this and then took it into Brushstrokes to find a painterly effect that would make the whole picture more consistently like a painting.  I also tried Glazed an example of which is below. 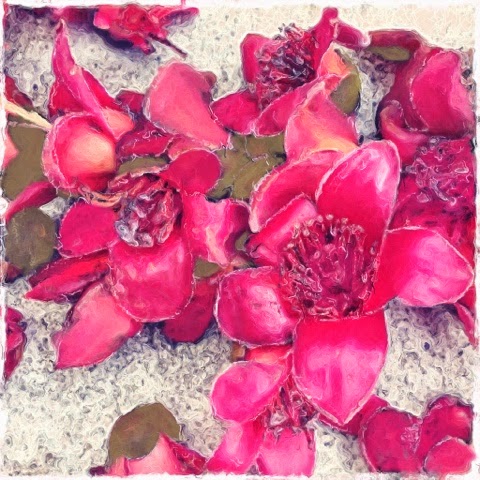