Getting on the Gelli Plate Bandwagon

I bought myself a gelli plate last year in the US because you couldn't get them here in the UK at the time.  It has been sitting in my cupboard, waiting to be used.  Suddenly, it seems that everybody is using them, teaching with them, painting with them - they've gone viral!

So, I thought, okay time to see what this gelli plate malarkey is all about.

Went out and got myself some vegetation and put together some mark making tools.

It wasn't as easy as it looks!  It needs a bit of practise and organisation.  Here are a couple of things that I learnt from my first run:

Here are some of my prints: 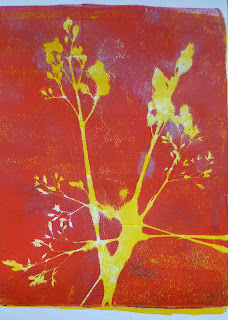 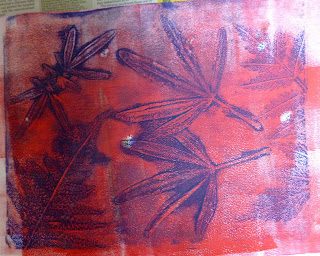 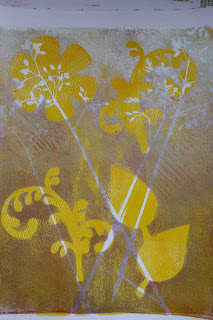 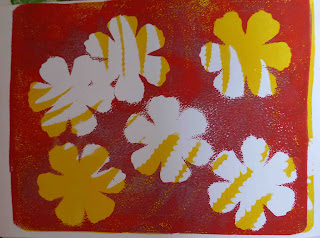 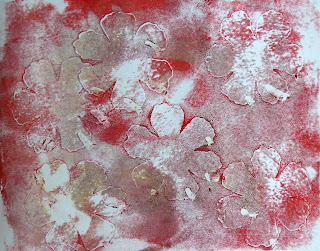 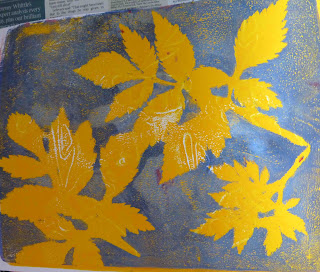 The second and fifth are ghost prints and on the fifth you can see the white scratch marks caused by trying to get the paper stencil off the plate.

Ah, but the big thing for me is using them in Photoshop Elements.  I took a picture of the leaves that I had used because they looked so pretty: 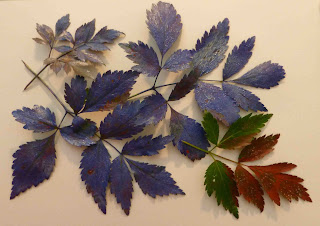 And then I blended this photo with the third and sixth prints to get these manipulations (also changed the levels and colours). Some of them would probably look better in portrait: 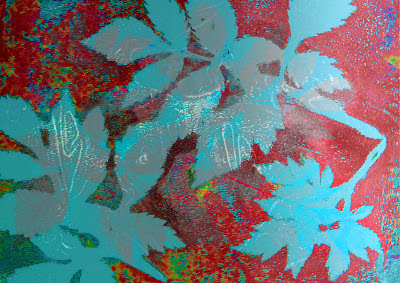 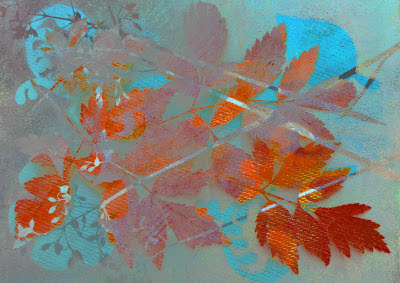 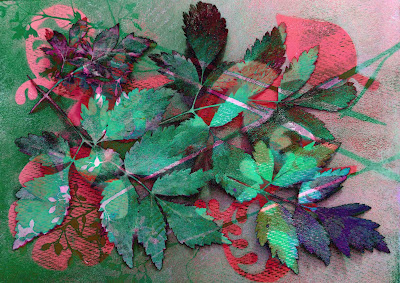 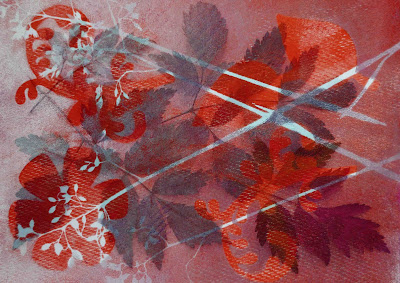 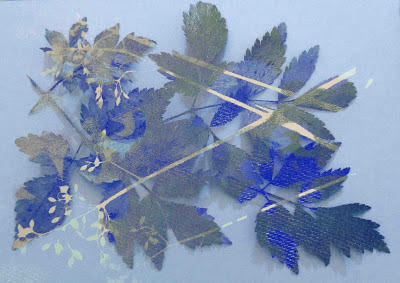