I have never done macro photography before but have been dying to do it for a long time so was very excited to learn that I could get a macro lens for my iPhone 6. After doing my usual research I decided to go for the Olloclip 4-in-1 which has a fisheye, wide angle, and 2 macro lenses all in one. I haven't tried the other two lenses yet because I am really interested in the macro lenses.

Well, what fun and the results are superb. It requires a very steady hand and a tripod is obviously the best but none of these were taken with a tripod and although it sometimes takes a couple of attempts it's not that difficult. You do have to play with them to get used to how far away you have to be from the subject but then the results are astonishing. At first I used the Olloclip app that you can use with it but frankly I found the native camera app and the other camera apps that I have like Camera+ or even Hipstamatic much easier to use.

This first picture of a grasshopper was a little boring so I jazzed it up on my iPad using Repix, iColorama, and Snapseed. 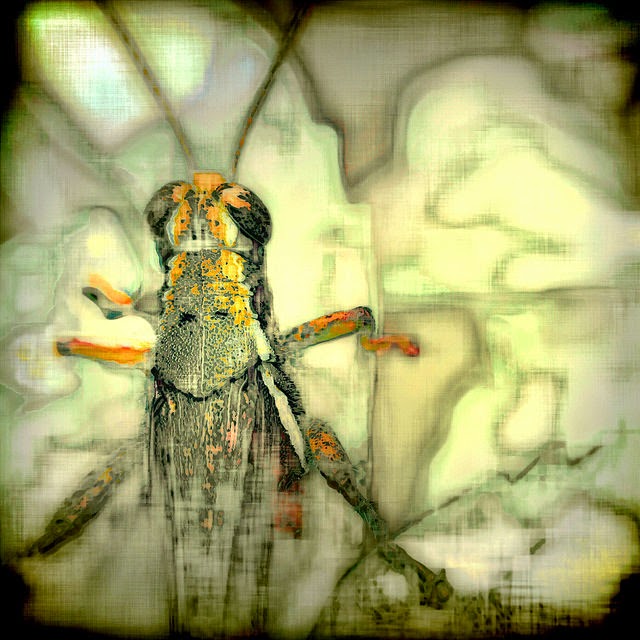 The next shot was taken using the Hipstamatic camera app. It's actually a tiny flower about half a centimeter in size:

The final pictures have had no processing except reduction in size and metadata:


Who would think you could do all this with an iPhone!