The Fox and The Cat

This rather sounds like another of Aesop's Fables and that can't be far wrong. So what's the lesson?

Yesterday, I slink out of my den to get a cup of coffee inbetween working and low and behold I see a fox in the garden - haven't had one around for ages.

Now I have to set the scene here. My husband and I don't have any pets at the moment so our garden is gangland (and loveland!) for the local cats. I think we have at least 5 prowling around at various times.

So off I rush like a mad woman trying to find my camera and when I position myself upstairs in my den looking out of the window I see that the fox has been challenged by one of the local mafia: 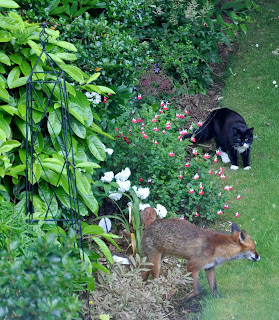 The fox eyes the cat out for a while and then lounges nonchalantly on  the grass:

Next thing the cat and the fox are disturbed by something:

The fox goes running off to the top of garden to make his escape.  I thought he had seen me in the window but next thing he is peeping out from the bushes looking at something: 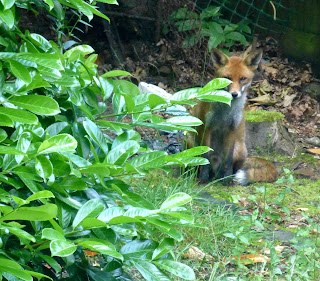 Ah, it's another member of the local mafia come to join the fray so he trots back into the garden: 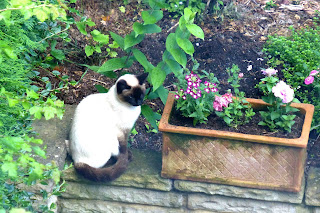 Actually, I think the fox is a bit put out at this point: 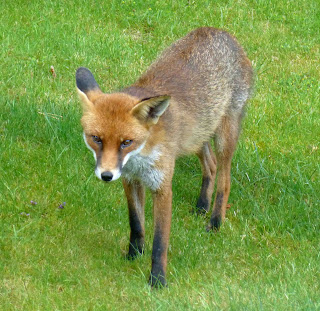 S0 he starts circling the black cat who has positioned itself in the middle of the garden, eyeing the fox with distain.  Next minute the fox takes a lunge at the cat, who hisses back but doesn't budge an inch!

He does this several times to no avail so gives up and potters around the garden for a while pretending he doesn't care.  The cat sits and watches him with a beady eye: 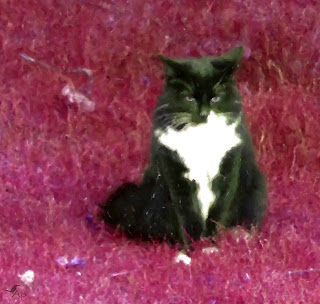 In the end he thinks enough is enough and moves to the hole in the hedge to seek greener pastures. 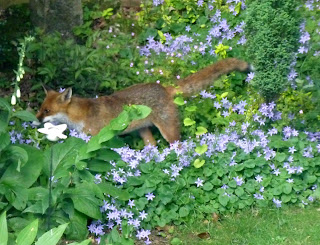 The cat, however, is having none of that and follows him out of the garden.  Goodness knows what happens next. 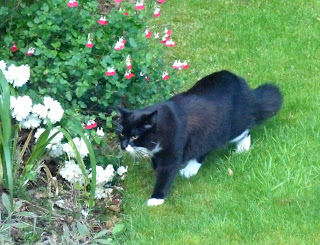 Wow, that is one feisty cat!

Moral of the story.  Being bigger doesn't always count!
Posted by Image Artistry at Sunday, July 01, 2012

Email ThisBlogThis!Share to TwitterShare to FacebookShare to Pinterest
Labels: Fox