Have you ever walked out of a cafe and forgotten to pay? Well, it happened to me today and it is always something you dread.

I went to this wonderful little French cafe called, Cafe Lavande, which is towards the top of the Mid-Levels escalator at 4A Prince's Terrace. The cakes look absolutely delicious but I settled for a lovely cup of blossoming Chinese flower tea. The flower is in a ball and it slowly opens, releasing it's fragance and becomes this pretty submerged flower.

Anyhow, I had ordered the tea at the counter and because I had paid up front all day I had it in my head later on that I had paid. I sat for ages taking pictures of my cup of tea and finally left thinking that I had paid. I looked around to say goodbye to the young gentleman who had served me but he was not at the counter and the other young man was engrossed in the corner with something so I just walked out. I went a couple of steps down to a fab takeaway shop where I occasionally buy half a rotisserie chicken for supper. As I got outside the young gentleman from the cafe was standing outside waiting for me and I smiled and said hello and then he asked me if I had paid! I blinked a couple of times in shock, I think, and then it slowly dawned on me that in fact I had not. I apologised profusely and he was very understanding.

So I just want to thank him for the dignified and gracious way in which he approached me as such an event is mortifying! I do so hope I have the courage to visit the cafe again because it really is a lovely little haven to have a drink and I often pass it on my way home. It is well worth a visit!

So today is a picture of the beautiful little flower that emerges from your ball of tea. Only the border is in iColorama otherwise the entire picture was edited in Snapseed, an app which is even better now with the new features. The photo was taken with VividHDR. 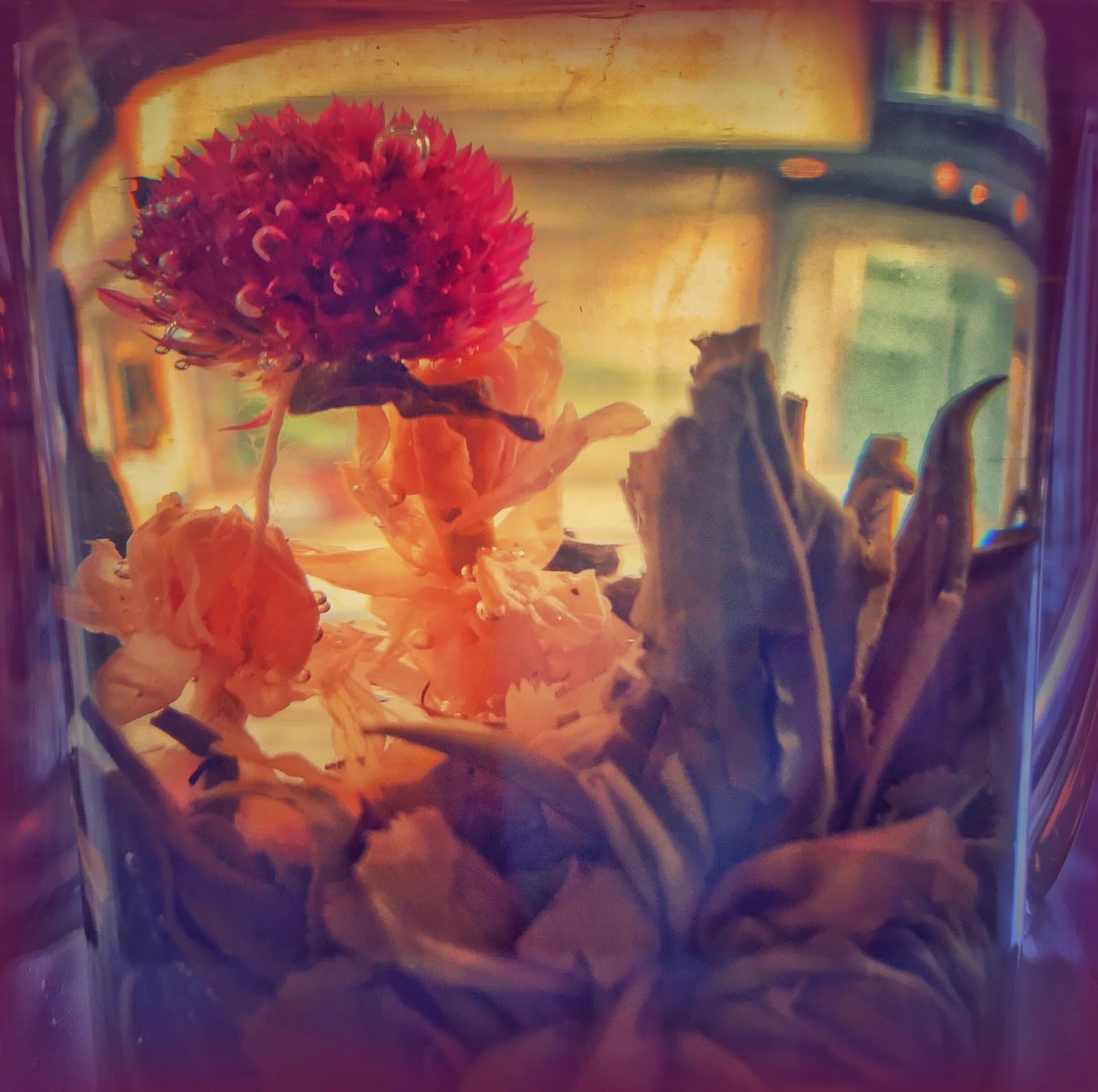 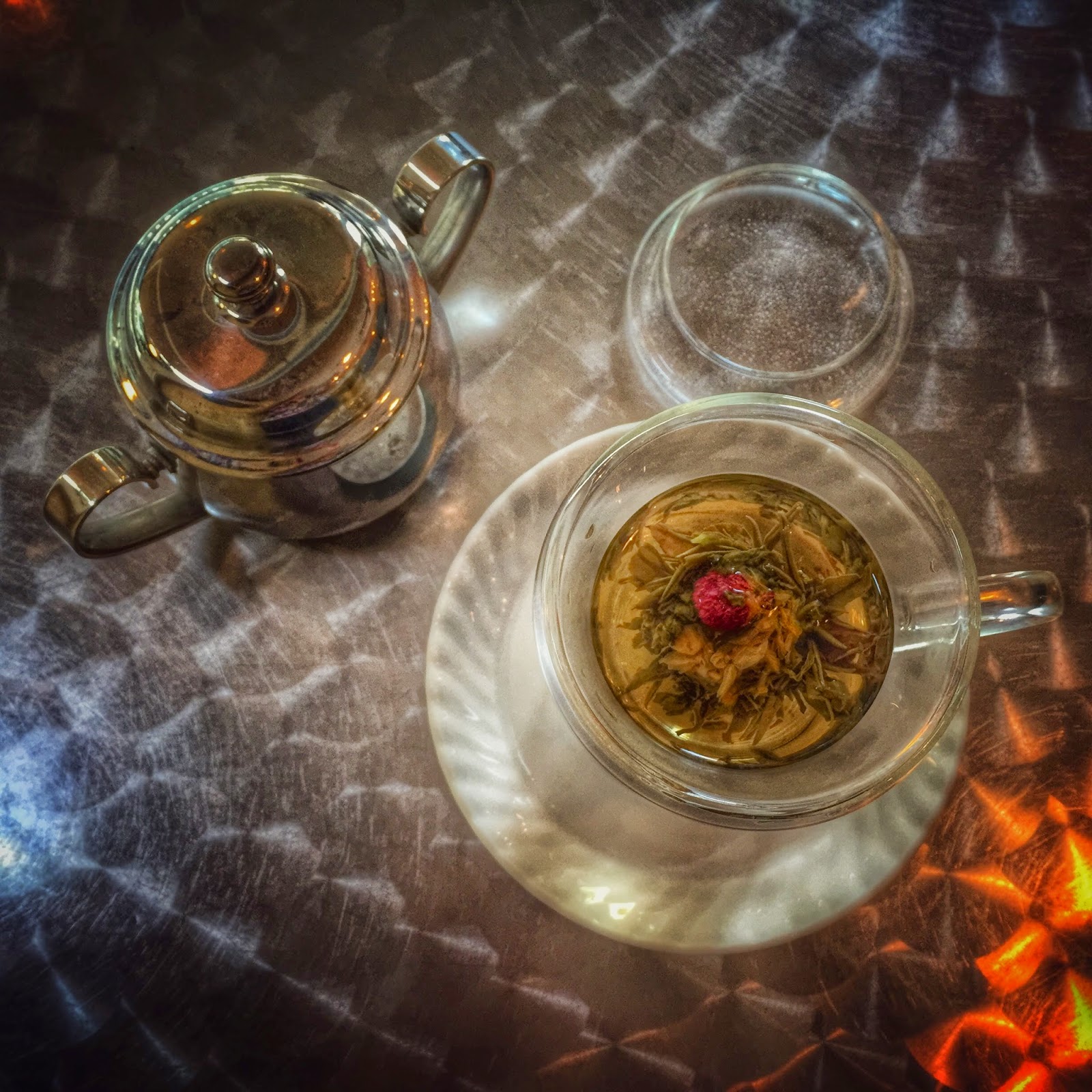 This final picture was taken in Hipstamatic with no editing 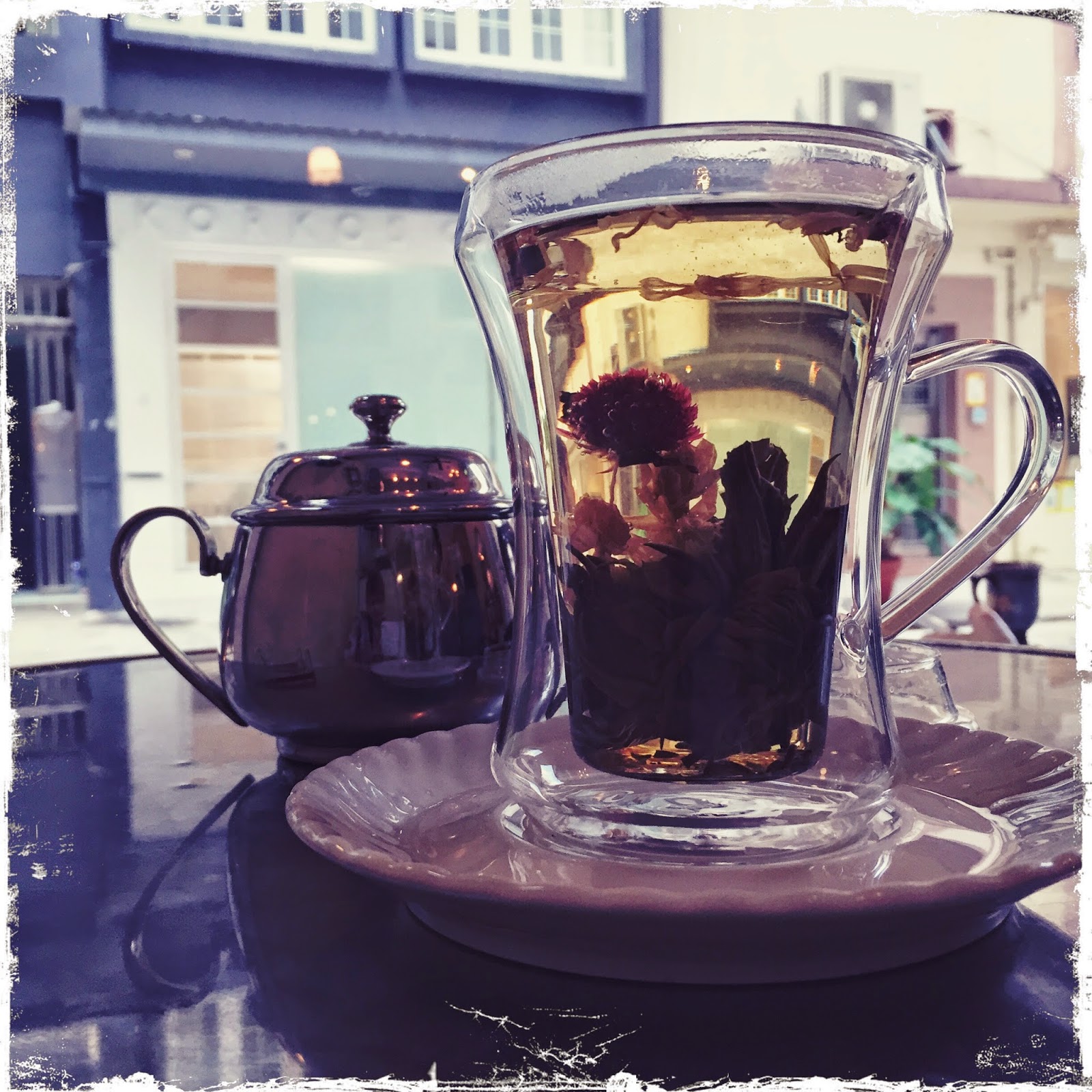